Digital pen could be the answer to faster dementia diagnosis

Worcestershire Nursing Homes like Stanfield are excited to hear about a digital pen that can aid faster dementia diagnosis.

Researchers create a pen that means you’ll be able to test someone for the dementia disorder without the opinion of a doctor. 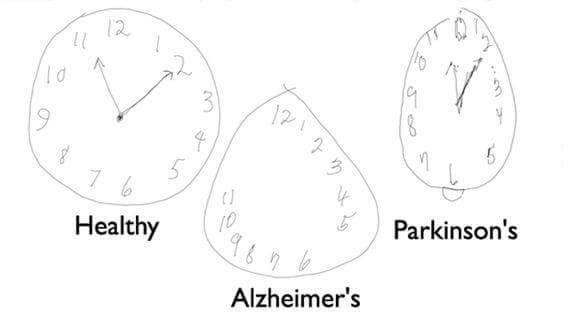 Dementia diagnosis prediction could be revolutionised by a digital pen that detects cognitive impairment quicker and more accurately than your doctor.

The Clock Drawing Test has been a limited solution for predicting Parkinson’s and Alzheimer’s for some time, requiring subjects to draw a clock showing ten minutes past 11 before asking them to copy a pre-drawn clock with the time shown. Scientists found that those with the disorder spent more time thinking about their drawing before putting pen to paper, than those without any impairment.

The Anoto Live Pen takes this a step further with the help of a built-in camera capable of measuring the pen’s ballpoint position 80 times a second.

The solution, created by a team at MIT’s Computer Science and Artificial Intelligence Lab, could speed up Dementia diagnosis time, as well as catching the condition earlier. Doctors can also save precious time, plus their subjective judgement about any drawing distortions will no longer be an issue.

“We’ve improved the analysis so that it is automated and objective,” Professor Cynthia Rudin explained. “With the right equipment, you can get results wherever you want, quickly, and with higher accuracy.”

The test for this idea in dementia diagnosis

The test itself remains the same – but the digital pen and sophisticated software pick up even more signs such as hesitation.

Over the last nine years the Anoto Live Pen has been tested 2,600 times, providing plenty of data to find even more improvements based on new markers.

“While our models will require additional testing for validation, they offer the possibility of substantial improvement in detecting cognitive impairment earlier than currently possible, a development with considerable potential impact in practice,” the team said in their report.

Dementia currently affects around 44 million people worldwide.  If dementia is in your life and you are considering Worcestershire Nursing Homes, come and talk to us at Stanfield care home Worcester. We hope you’ve enjoyed this article, you might also like to read our previous blog on our a nursing home near me.